Tinnitus – Chronic Ringing In The Ear 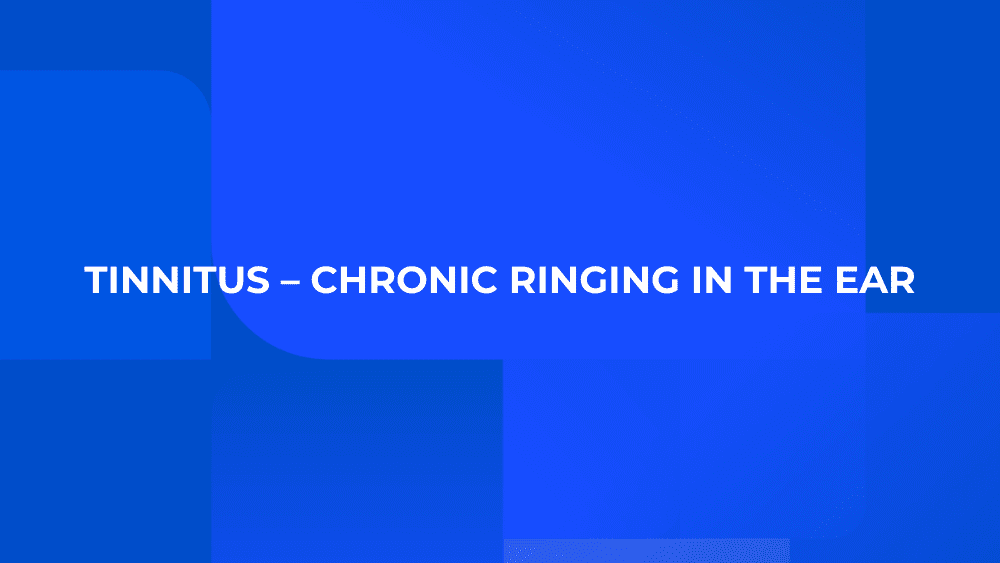 This condition can cause a ringing or other intrusive noise in your ears. How to protect yourself.

You may have experienced ringing in your ears after a loud concert or being exposed to the head-splitting sounds of a jackhammer. This phenomenon—acute tinnitus—usually fades away after a couple of days.

But imagine that ringing, or a similarly annoying noise, lasting for a prolonged period of time, waxing and waning but never disappearing completely, and sometimes getting worse.

This can be the experience of someone with chronic tinnitus, a perception of ringing (or buzzing) in the ears. Twenty-seven percent of the more than 122,000 members who responded to a recent Consumer Reports survey on hearing and hearing loss report having this unpleasant condition.

According to other research, 20 percent of people with it have symptoms so severe that they experience trouble sleeping, difficulty hearing and concentrating, social isolation, depression and anxiety, and stress.

The most common cause of chronic tinnitus is age-related hearing loss—which occurs naturally over the years. “When the hair cells inside your inner ear are damaged, it likely impairs the normal mechanisms of the brain, almost like a short circuit, which causes the ringing,” explains Marc Bennett, M.D., an associate professor of otology and neuro-otology at Vanderbilt University Medical Center.

But exposure to loud noise can lead to tinnitus, according to the National Institutes of Health. And increasingly, younger people are at risk for both hearing loss—likely often due to listening to personal audio devices on high volume, says Bennett—and tinnitus. In fact, one study published in Scientific Reports in 2016 found that almost 30 percent of adolescents had chronic tinnitus.

Other causes include Meniere’s disease (an inner ear disorder caused by abnormal ear pressure), benign ear tumors, and medications such as the antibiotic erythromycin or chemotherapy treatments. With medication-related tinnitus, the effect is transient and will usually go away when the drugs are stopped. In rare cases, pulsatile tinnitus—a ringing or pulsing that occurs at the same rate as your heart—can crop up in those with heart disease.

Here, what you need to know about how to help prevent tinnitus and what to do if it strikes.

The most effective way to prevent tinnitus—whether acute or chronic—is to protect your hearing, says Catherine Palmer, Ph.D., associate professor in the departments of communication science and disorders and otolaryngology at the University of Pittsburgh.

That means shielding your ears from loud noises. You might know that it’s important to wear earplugs or protective headphones when using noisy power tools outside. But do the same during loud social activities (for example, a noisy concert or football game) and pay attention to other activities during which you may be exposed to loud sounds.

That’s because even temporary tinnitus is a sign that you’ve done some damage to your hearing, and over time, this can add up, Palmer explains.

Any noise over 85 decibels can damage hearing, depending on how loud it is and how long you’re exposed. A sporting event, for example, can be around 100 decibels and may do some harm to your hearing after 15 minutes, according to the Centers for Disease Control and Prevention. Listening to music on your tablet at maximum volume can expose you to 105 to 110 decibels and begin to affect your hearing within 5 minutes.  (You can find other common noise levels here.)

If You Think You Have Tinnitus

If you experience a ringing or buzzing in your ears that lasts longer than a day or two (or seems to crop up without exposure to loud sounds), see an ear, nose, and throat specialist (ENT).

He or she will examine your head, ears, and neck to rule out causes like Meniere’s disease, then send you to an audiologist to have your hearing checked. In some cases, the cause may be unclear and your healthcare provider will rely on your health history and exam findings for a diagnosis, notes Rachel Georgopoulos, M.D., an ENT at the Cleveland Clinic.

Whether the tinnitus will resolve or linger is hard to predict, Palmer says. “After multiple exposures (to loud noise), it is common that the tinnitus becomes chronic and does not go away, and may worsen,” she adds.

If the ringing becomes chronic and bothersome, simple lifestyle tweaks may help. Make sure you get enough sleep and limit stress, our experts say. And you may notice an improvement simply by cutting back on caffeine—which can worsen anxiety—says Bennett. “When you’re anxious, you’re more likely to notice and be bothered by tinnitus,” he adds.

Some research suggests that relaxation therapies such as meditation or yoga can help: A small study published last year in the International Archives of Otorhinolaryngology, for example, found that people who attended a weekly yoga class and practiced poses at home for three months reported significant improvements in their symptoms.

But if after these measures tinnitus is still interfering with your daily life, consider the following options:

Hearing aids. More than half of people with tinnitus also report hearing loss, according to the American Academy of Audiology. When you have both, hearing aids, along with lifestyle measures, are the first line of treatment, Palmer says.

By making sounds in your environment more audible, aids may essentially distract you from the tinnitus—keeping your “hearing” nerves busy processing outside noises.

Some hearing aids even produce a continuous low-level sound that is said to make tinnitus noise less obtrusive and annoying. But a 2018 Cochrane review found these work no better at relieving symptoms than a regular hearing aid.

Cognitive behavior therapy. This talk therapy may help you cope better with your condition and has the strongest evidence behind it. CBT can be used used for a variety of issues—from sleep to depression—but for tinnitus, it’s usually conducted by both a psychologist and an audiologist.

Tinnitus retraining therapy (TRT). This therapy, usually conducted by an audiologist, involves retraining your brain to accept the ringing sounds of tinnitus as normal, rather than bothersome until you become completely unaware of them. It’s effective, but treatment can take months or years. And in addition to counseling, you’ll need to wear a device that generates low-level noise all the time. Almost 75 percent of people with tinnitus reported significant relief after 18 months of TRT, according to a 2017 study published in Laryngoscope Investigative Otolaryngology. It’s often not covered by insurance.

Antidepressants. A study published in 2015 in the International Journal of Laryngology found that about 80 percent of chronic tinnitus sufferers experienced anxiety, 59 percent had depression, and about 58 percent had both. Antidepressants won’t treat your tinnitus, but they will improve your mood, making it easier for you to cope, Bennett says.

Therapies to question: People with very severe tinnitus are often—understandably—desperate for a cure, Palmer says. But much of what’s touted online does not have the evidence to show that it is effective, she notes. Supplements such as gingko biloba or melatonin, for example, have been said to treat tinnitus, but there’s no solid research behind them.

The same is true for repetitive transcranial magnetic stimulation, where an electromagnetic coil placed against your scalp delivers a magnetic pulse that’s said to stimulate nerve cells in the brain.

You’re better off exploring one or more of the evidence-based therapies above, say experts. And if one doesn’t help, work with your audiologist and your ENT to find another. “There is no cure for tinnitus, but there are ways to manage it that are successful for many people,” Palmer says.

And know that waiting it out may also offer some benefit. Over time, “people tend to become less and less bothered by it,” explains Georgopoulos.

Do you know somebody that needs to see this? Why not share it?

Dr. Gregory Frazer entered private practice Audiology and Hearing Aid Dispensing in 1982. For 14 years he owned and operated Hearing Care Associates, which had 23 offices and was one of the largest audiology private practices in the U.S. Dr. Frazer is a well-known clinician and teacher and was the first audiologist to obtain dual doctorates in Audiology, both a PhD. in Audiology as well as the new Clinical Doctorate of Audiology, the AuD. He is Board Certified by the American Speech-Language-Hearing Association, American Academy of Audiology, and the National Certification in Hearing Instrument Sciences. Dr. Frazer specializes in the evaluation and treatment of vertigo, dizziness, and hearing and balance disorders. Dr. Frazer is experienced in working with infants, children, and adults. He is semi-fluent in Spanish and Sign Language. 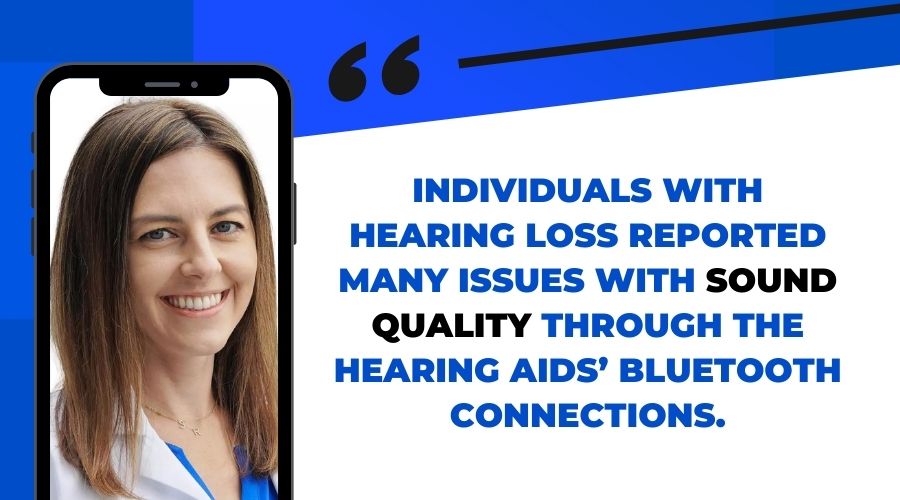 Is Your iPhone Interfering With Your Hearing Aid’s Sound Quality? 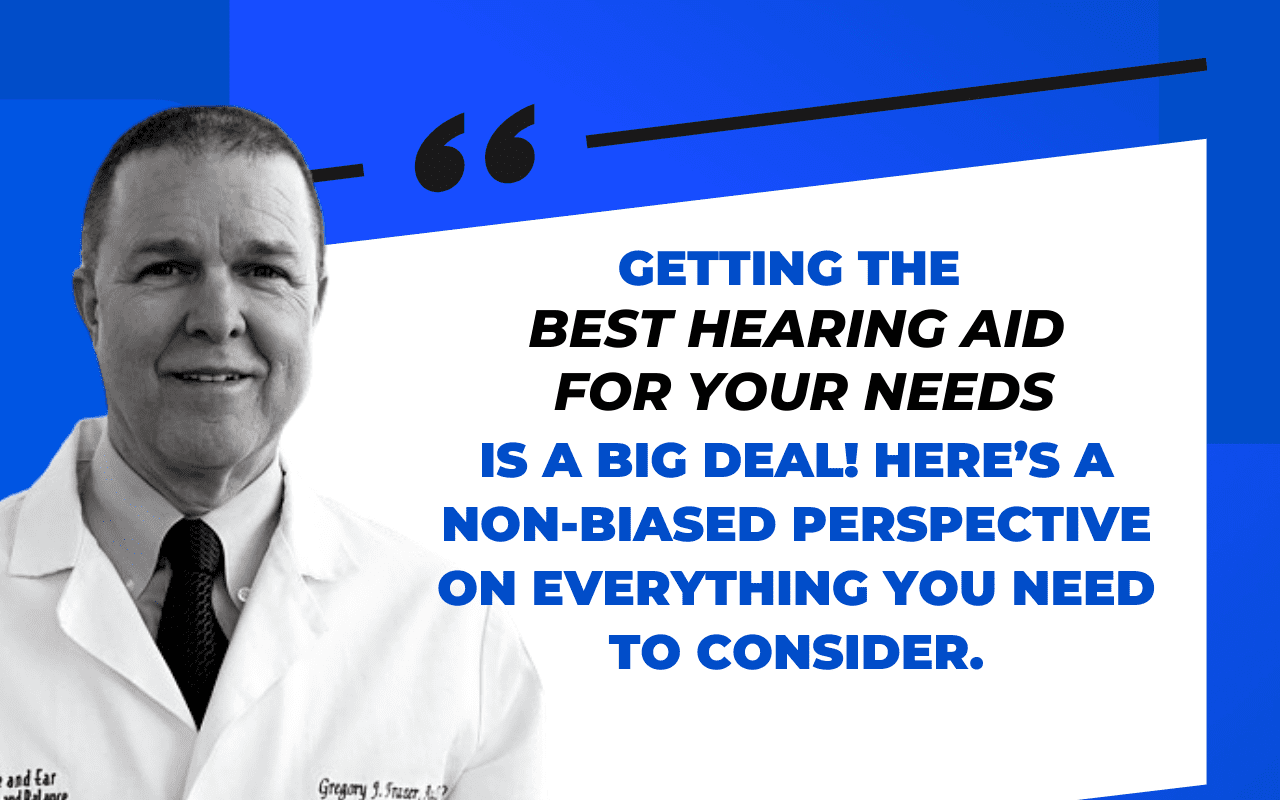 So Many Choices In Hearing Aids – Which One Is Best? 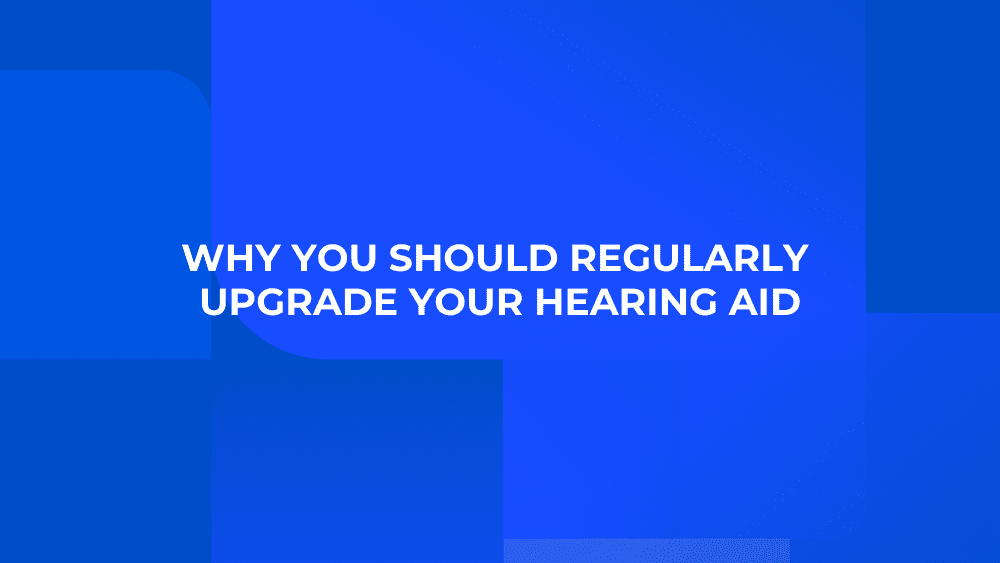 Why You Should Regularly Upgrade Your Hearing Aid